The term hardness, as it is usedin industry, may be defined as the ability of a material to resist permanentindentation or deformation when in contact with an indenter under load.Generally a hardness test consists of pressing an indenter of known geometryand mechanical properties into the test material. The hardness of the materialis quantified using one of a variety of scales that directly or indirectlyindicate the contact pressure involved in deforming the test surface. Since theindenter is pressed into the material during testing, hardness is also viewedas the ability of a material to resist compressive loads. The indenter may be spherical(Brinell test), pyramidal (Vickers and Knoop tests), or conical (Rockwelltest). In the Brinell, Vickers, and Knoop tests, hardness value is the loadsupported by unit area of the indentation, expressed in kilograms per squaremillimeter (kgf/mm2). In the Rockwell tests, the depth of indentation at aprescribed load is determined and converted to a hardness number (withoutmeasurement units), which is inversely related to the depth.

Hardness testing is perhaps thesimplest and the least expensive method of mechanically characterizing a materialsince it does not require an elaborate specimen preparation, involves ratherinexpensive testing equipment, and is relatively quick. The theoretical andempirical investigations have resulted in fairly accurate quantitativerelationships between hardness and other mechanical properties of materialssuch as ultimate tensile strength, yield strength and strain hardeningcoefficient and fatigue strength and creep. These relationships help measurethese properties with an accuracy sufficient for quality control during the intermediateand final stages of manufacturing. Many times hardness testing is the onlynondestructive test

Hardness Testing is often usedto verify the effectiveness of the heat treatment applied to actual castings.Its general correlation with the tensile strength of many ferrous alloys allowsa rough prediction of tensile strength to be made. 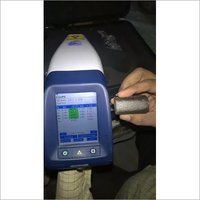 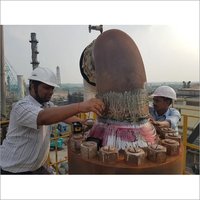 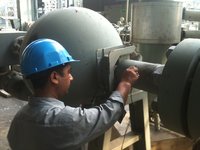 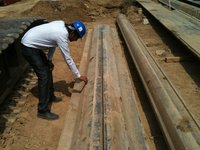